Showing posts from July, 2008
Show All

July 21, 2008
My weekends are fully occupied nowadays. No more waking up late and no more lazying around... It's definitely because of my eldest son, Danish Muqri. Last three Thursdays, one of my staff asked me if I would be interested to have Danish auditioned for a new kid show on TV3. His wife was the compere of the show and the producer seemed to be desperate for talent. So, late Saturday morning that same week, we went to Studio C, TV3 and there were about 5 kids at the set and I thought we were late. Then, the assistant producer came over and asked Danish to sit near the compere. My dear son was a bit reluctant at first and once the audition began, I could see that he was enjoying himself. That was the group audition. Now, came the individual interview. The compere asked Danish about himself, his favourite pet (the title of the show - "Haiwan Teladan"), etc. Danish mentioned that his favourite animal was snake. The compere then asked questions related to snake and when she asked
8 comments
Read more

July 16, 2008
It's hubby's birthday today - 16 July. Last week I planned to take today off and spend it with my other half. But I supposed my work overshadowed the thought that until yesterday I still hadn't filled in the leave form. I guess it's too late now but hey, it's the thought that counts.... I have to tell you that I never failed to take leaves on my hubby's birthdays. I'm beginning to feel bad about this since this is the first time in years that I do not take the day off. How should I make it up to him? Perhaps, I'll take half-day off tomorrow and spend time with him by going to the movies..he's been hinting about the latest Batman movie - The Dark Knight -.....yup, that's the best option so far....I just hope that he's okay with the idea, well, he's been okay all these years, there shouldn't be any reasons why this time he should say that it's not okay...haha... Before I sign off, I would like to wish him Happy Birthday and I hig
6 comments
Read more

My Other Half's Appearance on Kosmo! 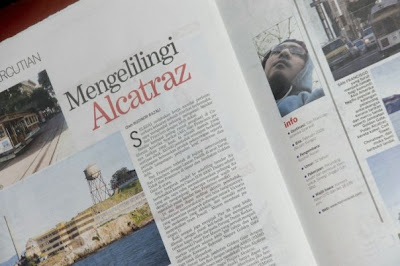 Last Sunday, the local newspaper, Kosmo! published an article of my hubby's. It's written by my hubby and there were about 10 pictures printed which he took during his visit to San Francisco recently. Basically, the article mentioned about the interesting places that he visited and a little bit of the history of each place. Just to tell you that the type of camera mentioned in the article was not the one which my hubby used to take all the pictures, in fact, he doesn't own the said camera. But the one mentioned in the biodata was the correct one. Well, I would like to congratulate him on this exclusive article. I know that it has always been his intention to share with the rest of the world all the beautiful pictures that he has taken.
3 comments
Read more 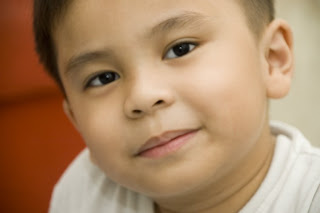 July 10, 2008
My good friends Ja and Shera are catching up well with their readings..... Knowing the fact that they made it a point to read whenever possible makes me wonder if I could do the same...... I'm still searching high and low for the luxury to sit back and read peacefully....I tried and I tried so hard....but the moment I started to sit down on the sofa and opened the book, my dear heroes would come and start knocking on the cover of the book and asking too many questions on what I was doing, what I was reading, why I was reading, etc, etc. I realised that I spent more time in answering their questions than reading the book!!! At last, I ended up putting the book away and joined them instead.....there I went, the book was left untouched again...... Gosh!!! I was thinking for possibilities of going away for a few days to just catch up on reading but that would be a bit cruel and unfair to my little ones......sigh... I guess I just have to be a bit more patient until my children understa
4 comments
Read more
More posts

Lizamurni Lokman
A Sagittarian who is passionate about cooking, music and books. A mother to four cheeky heroes and a lovely daughter, a wife to an extremely busy husband, a daughter to wonderful parents and a one and only sister to two brothers.